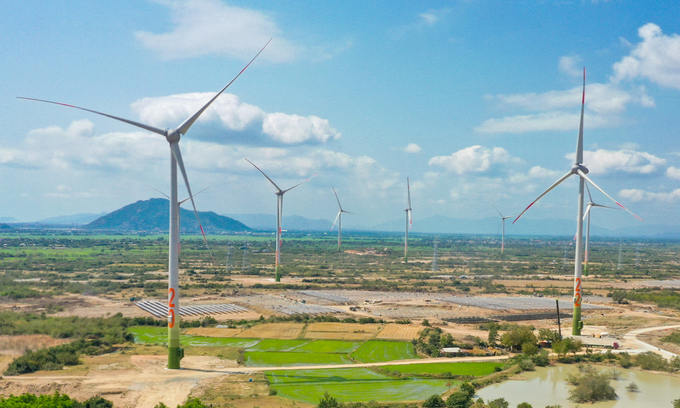 Vietnam looks to spend $10-11.5 billion a year between 2021 and 2030 on electricity generation and transmission, according to the latest draft Power Development Master Plan VIII.

The draft recently submitted to the government by the Ministry of Industry and Trade estimates that the country would need $99.32-115.96 billion for developing electricity generation and transmission in the ten-year period. On average, $8.57- 10.15 billion a year would be needed for power generation and $1.36-1.44 billion a year for grid development.

The new power development master plan aims to incentivize investment in renewable projects. It aims for11.9-13.4 percent of its total electricity output by 2030 being generated from renewables, mainly solar and wind energy, and up to 26.5-28.4 percent from 2045.

It also envisages annual spending of $12-15.2 billion for electricity generation and transmission in between 2031 and 2040.

The country will stop implementing some coal-fired electricity projects that have been approved in the national electricity development plan but have not supported by localities in which the plants are scheduled to be built. It will fully tap domestic and imported coal to feed existing power stations.

On generating power in parallel with demand fueled by economic growth in the 2021-2045 period, the master plan sets out two likely scenarios.

Vietnam breaks own record as solar capacity surged in 2020

Its solar installations added 9.3 gigawatts to the national grid. Vietnam has...
Learn more →

The Ministry of Industry and Trade (MoIT), the Vietnam Electricity (EVN), and...
Learn more →