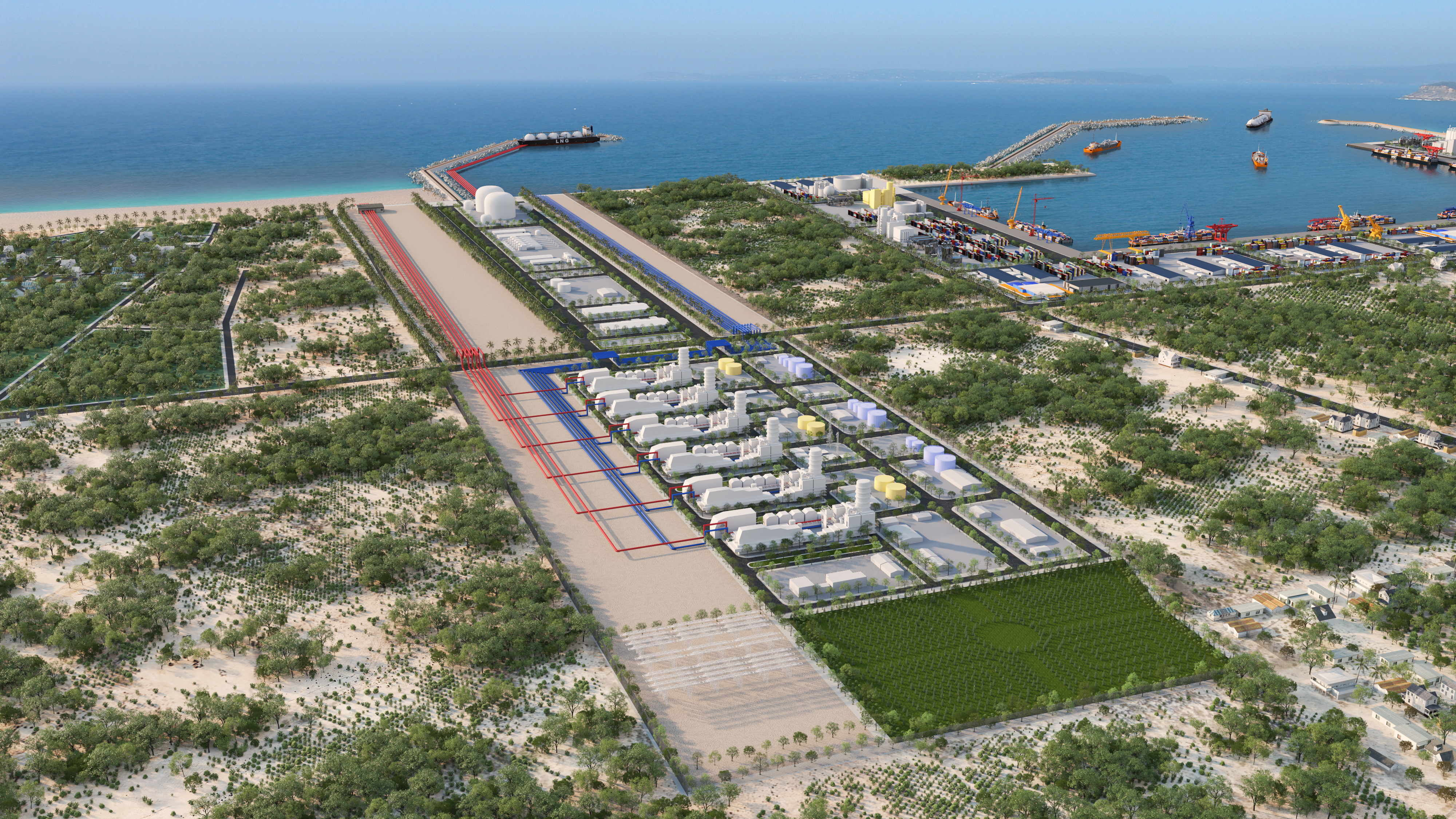 An artist’s impression of the Hai Lang LNG power plant in Quang Tri Province, Vietnam is shown in this photo supplied by the project developers.

The construction of the first phase of a US$2.3 billion liquefied natural gas (LNG) power center was initiated in Quang Tri Province, north-central Vietnam this weekend.

The project, which covers an area of 120 hectares, will have a capacity of 1,500MW and is expected to supply 8.25 billion kilowatt-hours to the national grid each year.

The cost is estimated at VND54 trillion ($2.37 billion), of which VND13.4 trillion ($590 million) is funded by a consortium of investors including T&T Group, Korea Gas Corporation (KOGAS), Hanwha Energy Corporation, and Korea Southern Power Company (KOSPO).

The Hai Lang Power Center will include a port, which is capable of handling vessels carrying up to 226,000 cubic meters of gas and receiving 1.5 million metric tons of LNG per year in the first phase.

The facility is expected to be put into commercial operation between 2026 and 2027.

At the groundbreaking ceremony, chairman of the Quang Tri People’s Committee Vo Van Hung said that the project will bring the province one step closer to becoming a center of renewable energy in central Vietnam.

Hung asked the developers to make sure that the project meets all quality and safety standards.

The provincial administration will provide favorable conditions for the project to be implemented as scheduled, the chairman added.

LS Cable and System Asia announced on March 23 that LS-VINA, its...
Learn more →

By strengthening international cooperation in energy and completing mechanisms and policies in...
Learn more →

The Ministry of Industry and Trade has submitted the National Power Development...
Learn more →